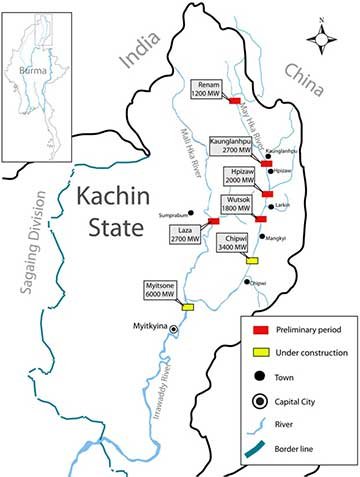 The Irrawaddy River is the lifeline of Burma. Running through the center of the country, millions depend on it for agriculture, fishing, and transportation. The ruling regime, without consulting local people, is now allowing Chinese companies (link to Chinese investor page on BRN website?) to build seven mega dams on the Irrawaddy and its tributaries in Kachin State. The seven dams will produce 17,160 megawatts of electricity, five times more than the current installed capacity for the entire country.

Yet electricity generated by the 152-foot tall Irrawaddy Myitsone dam (6,000 MW), is slated to be sold to China (link to China hydropower magazine article which says electricity will go to China), not used in Burma where there are chronic energy shortages. The sale will provide millions of dollars in revenue to Burma’s regime which has consistently used foreign revenues to build up its military at the expense of health and education, leaving the country with some of the worst social indicators in the world.

The Irrawaddy Myitsone Dam is located on the mainstream Irrawaddy, three miles downstream of the famous confluence of the N’Mai and Mali rivers in Kachin State. The confluence is a revered landmark for all of Burma and particularly important cultural site for the Kachin people and will be submerged by the dam. 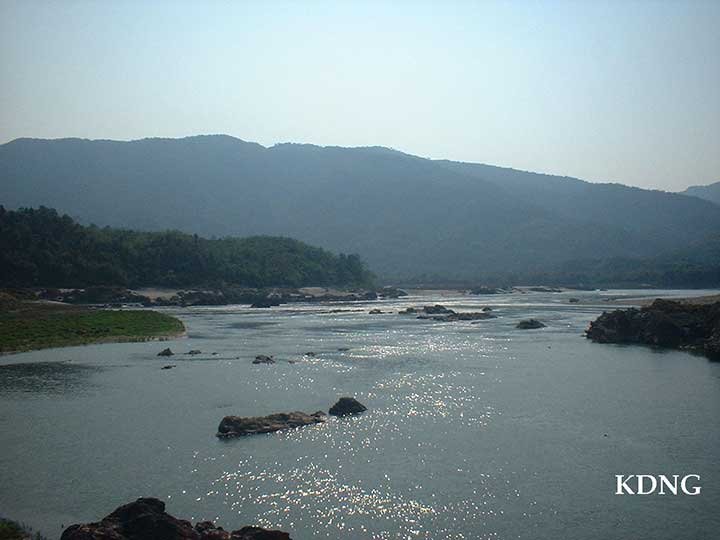 The dams are also located in a conflict zone where tension between the armed Kachin Independence Organization (KIO) and Burma’s Army is rising. In March 2011 the KIO wrote to the Chairman of People’s Republic of China (link to letter) warning that it will not be responsible if civil war breaks out when Burmese troops enter KIO-controlled areas to provide security for dam construction.

COMPANIES INVOLVED
While China Power Investment Corporation is the Project Manager of the “Confluence Region Hydropower Projects,” several companies have been or are currently involved in the preparation, construction and financing of the 6,000 MW Irrawaddy Myitsone Dam. Asia World Company, run by Burmese drug-lord Lo Hsing Han, has a key player in facilitating the project. 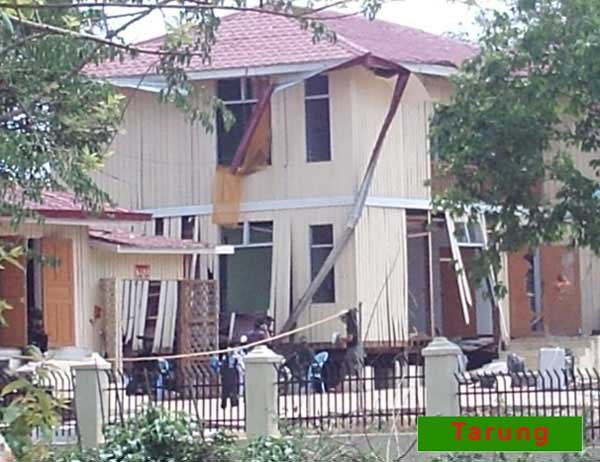