YANGON—Energy-hungry Myanmar is in initial talks to buy electricity from China, according to officials and documents reviewed by Reuters, in the latest sign of warming ties with Beijing under leader Daw Aung San Suu Kyi.

Since taking office in April last year, Daw Aung San Suu Kyi has sought to repair relations that were strained when a previous semi-civilian government in 2011 blocked a China-backed dam, which was supposed to send most of its electricity to China’s Yunnan province.

China’s appetite for the hydro project has waned in recent years, as a switch towards less energy-intensive industries amid an economic slowdown has left Yunnan province with a surplus of power.

Instead, Beijing has turned its attention to other projects that fit with its “Belt and Road” initiative, which aims to stimulate trade by investment in infrastructure throughout Asia and beyond.

Rural Yunnan, which generates around 85 percent of its electricity from hydropower, already sends surplus power to more developed eastern China, as well as Vietnam and Laos.

While China has been supplying power on a small scale to some remote Myanmar towns near their shared border, the talks are the first to discuss connecting the national grids of the two countries to meet Myanmar’s urgent demand for electricity.

With only a third of Myanmar’s population connected to the grid and major cities experiencing blackouts, buying electricity from Yunnan could be a short-term solution to boost its power supply, the two people familiar with the talks said.

“China welcomes the plan, but Myanmar is still reviewing the details,” said one of the people, a senior Myanmar energy official. The “government-to-government talks” were still at an early stage, the official added, with details such as price and timing still to be worked out.

“It’s one of the many options we are considering,” the official said.

Myanmar has been exploring a range of plans to solve its acute energy shortage, from building coal-powered generators to tapping its reserves of deep sea gas. Some international investors and analysts have criticized a lack of clarity in the country’s energy policy.

“Myanmar needs electricity, and if China offers a compelling plan to provide more power, then it ought to be considered,” said Jeremy Mullins, research director at Yangon-based consulting firm Myanmar Energy Monitor.

One proposal is from state-owned China Electric Power Equipment and Technology Company Ltd, which signed a memorandum of understanding with Myanmar in March last year to build a high-voltage transmission line running for several hundred miles from the border town of Muse, in northeastern Myanmar, to Meiktila in the center of the country, the documents show.

The agreement was extended for six months in May this year and a feasibility study for the 500 kilovolt (thousand volts) transmission line is under way.

State-run China Southern Power Grid Company Ltd (CSG) proposed a similar plan in June to carry power from Yunnan via a high-voltage cable, according to the documents.

A third plan, proposed by CSG’s subsidiary Yunnan International Company Ltd, would use an existing cable to carry power to Meiktila from Yunnan via Muse, according to the documents and the official familiar with the talks.

The World Bank’s Yangon-based energy specialist, Myoe Myint, said such a project could take up to five years to complete, a quicker solution in comparison with hydropower in Myanmar, where it would take far longer to build and bring online a single dam.

He said rough terrain and instability along the border with China, however, could bring challenges to the power trade. Some 20,000 people in March fled Myanmar’s northeast after fighting between the government and ethnic armed groups.

CSG and its subsidiary Yunnan International declined to comment. China Electric Power Equipment and Technology did not respond to requests for comment.

While the plan would be welcomed by many in Myanmar, where power consumption is among the lowest in the world, it could stoke concerns about China’s growing economic clout.

Many officials in the Southeast Asian country have been wary of domination by its giant neighbor.

Beijing has been pushing for access to a strategically important port in Myanmar, and in April signed an agreement to pump oil through a pipeline from its western coast to landlocked Yunnan.

“What if China cut off the power trade after our grids are connected? We need to also consider the political situation and stability of the two countries,” said the first Myanmar official.

Some argue that buying electricity from China would mean an outflow of dollars from a country with little reserves of hard currency.

“Myanmar has abundant hydropower resources for power generation,” said a third senior Myanmar energy official, who is familiar with the plans but not directly involved in talks. “It’s a stupid idea to buy it from China.” 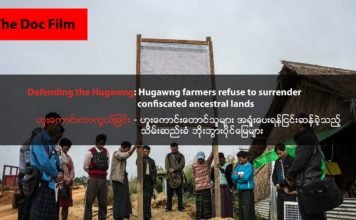